Exciting Happenings at the Book Festival

Team Birlinn were out in force today at the Edinburgh International Book Festival to lend a helping hand to one of our resident authors, Alexander McCall Smith, in conversation with Jamie Jauncey.

The event, held in the main RBS Theatre, was packed to capacity with a most welcoming and auspicious audience. Among those in attendance was the UK Secretary of State for Culture, Olympics, Media & Sport, the Rt. Hon. Jeremy Hunt MP. 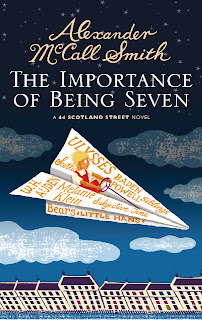 The event was an untold success, with all present suitably charmed by the delightful McCall Smith, who enthralled us for 55mins with stories of Isobel Dalhousie, the down-trodden Bertie, Mma. Ramotswe and many of his other popular creations. We were all updated on his various series and there is much to look forward to in the coming installments, so keep your eyes peeled for new releases. In the meantime, if you can't wait, you can now purchase your very own copy of The Importance of Being Seven, the latest from the Scotland Street series, from our website and all good bookshops.
If we were not spoiled enough, the event also included beautiful musical interludes with an excerpt from McCall Smith's No.1 opera, Okavango Macbeth. From this we all learned that female baboons have much in common with the infamous Lady Macbeth and so should never be trifled with. Let it be a lesson to us all readers! We also heard a moving rendition of 'The Parting Glass' which left no heart untouched.
The beauty of the music complemented the charming tete-a-tete between Alexander and Jamie and we were all in agreement that 55mins just wasn't enough. Afterwards, Alexander met fans and signed copies of his current and past editions. From the line of fans snaking out of, and around, the signing tent, it was clear that Alexander, like his beloved characters, has an equally large and devoted following.
Posted by Birlinn Ltd. - Polygon, Birlinn, John Donald at 16:47 No comments: 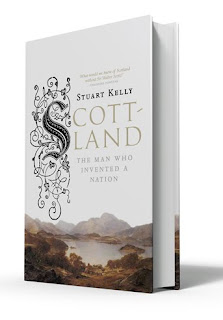 Exciting times at Birlinn Ltd. Scott-land by Stuart Kelly is BBC Radio 4 Book of the Week from 16 August 2010! This is a gem of a book, thoroughly enjoyed by readers – whether they are an expert on Walter Scott, have a passing interest in the man and his work, or just want to know more about Scotland and its relationship with England – none more so than MSP, Michael Russell... ‘The book is (in my view and I use the term very rarely)  a contemporary  masterpiece -  absorbing , clever,  intuitive, scholarly and enlightening. I feel I know more about both the author and the country, or perhaps to be accurate I have more questions ( and perhaps more worries)  than I had before, though I have also had a great measure of entertainment in getting to that state... a magnificently intelligent book which will help and engage many others too.’
NOT TO BE MISSED, find it on BBC Radio 4, Monday 16th – Friday 20 August 2010, 09.45–10.00 (or on BBC i-player)
Posted by Birlinn Ltd. - Polygon, Birlinn, John Donald at 10:54 No comments:

If you are in Edinburgh over the festival, do come and see us in our beautiful new festival shop at the Signet Library, home to the Society of Writers to Her Majesty's Signet, just off the Royal Mile at Parliament Square. Right in the heart of the old-town and festival-land, opposite the entrance to St Giles Cathedral, this is a wee festival gem. Books from great Scottish writers, contemporary and classic, children’s books, poetry, gift books and stationery (and even umbrellas should you be caught in an Edinburgh shower!). Open seven days a week, 10.00am to 6.00pm – see you there.
Posted by Birlinn Ltd. - Polygon, Birlinn, John Donald at 10:52 No comments: 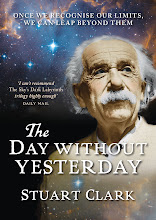